A Letter From a Disappointed Fan 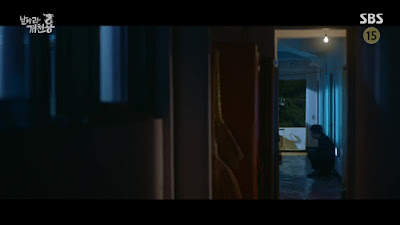 When I first heard the news about Bae Seong-woo's scandal, I was shocked. However, as reality sank in, I was left with disappointment. Drinking and driving is a crime. End of discussion. It might have been a one-time accident, but that can't serve as an excuse. Bae's actions have left his fans hurt, and I'm sure his family is suffering even more. His brother, a vocal supporter from the beginning, apologized on his older brother's behalf and promised to never mention his name on broadcast again. That's how serious this crime is.

Bae Seong-woo was reaching the height of his career, getting lead roles in dramas and movies, yet now his future is undetermined. I'm sure after a period, Bae Seong-woo will eventually return like the other celebrities who have been charged with DUIs. While I'll still love his past performances (and in all honesty, still like him), I don't know if I'll be able to go around and call myself his fan anymore. While I'm sad to see Sam-soo from Fly Dragon leave, it is for the best that Bae Seong-woo quit. It was still shocking to see how quickly the production staff dropped him from the lineup, posters, and site. Just like in the drama, public sentiment changes like the wind, and once trust is broken, it's hard to restore. I hope Bae Seong-woo will take this time to truly repent for his crimes, and maybe someday in the future, I'll be able to call myself his fan once more.