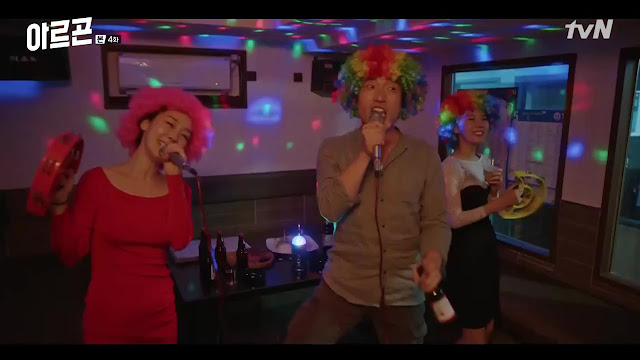 Welcome to the fourth Lovepark End of the Year Award:
where the awards don't matter, and nobody cares!

Best "Why Didn't I Watch This Sooner" Drama 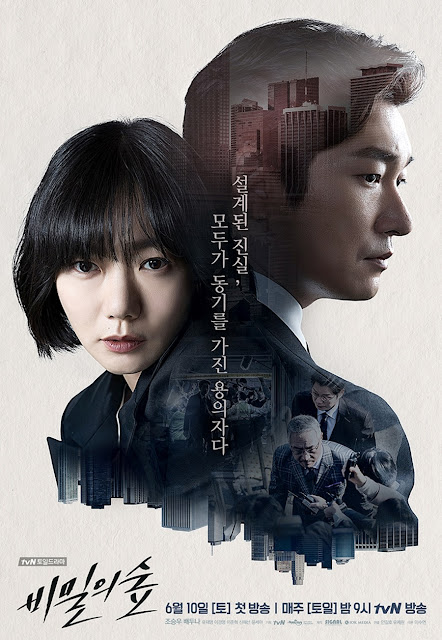 I've only seen up to four episodes, and it's amazing. The directing is stylistic, and it feels like I'm watching an intense thriller movie than a drama. I'm going to finish it soon, because why not? My only regret is that I haven't watched it sooner! 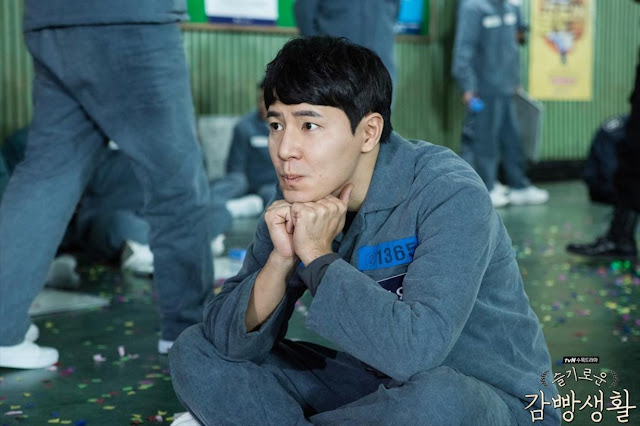 One of the things the Reply series did so well was develop its side characters and populate its world with living, breathing humans. Unsurprisingly, Prison Playbook is filled to the brim with memorable characters, each with their own quirks and stories. While Je-hyuk is the lead, it's the prisoners and guards around him that have stolen my attention and have me clamoring for more. Whether it's tsundere Officer Paeng (Jung Woong-in) who knows how to apologize, mellowed gangster Min-chul (Choi Mu-sung) who gives without expecting anything in return, or silly Han-yang (Lee Kyu-hyung) who has surprisingly become my favorite, this show may not be perfect (it's still way too long) but it has an abundance of awesome characters. While some shows can barely make one interesting character, this one has them in spades.

Because this Life is our First 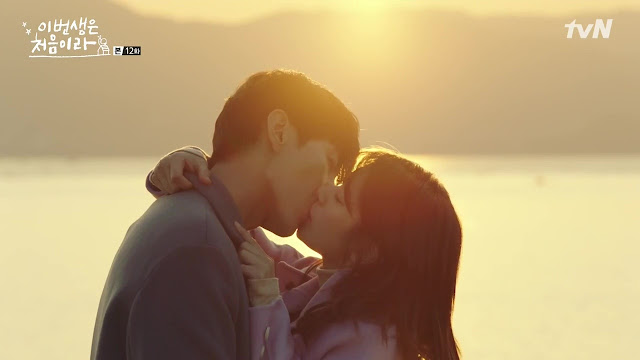 I went in expecting a wacky, off-beat show, and to my surprise, I found a gem of a drama that exceeded my expectations. It has a dry sense of humor that I loved, wonderfully written characters full of flaws and charm, intricate insights into human relationships, and the brilliant ability to surprise me with its subversion of tropes. Jung So-min and Lee Min-ki were absolutely amazing in their roles, and I doubt I'll come across another thoughtful romantic-comedy such as this in a very long time. 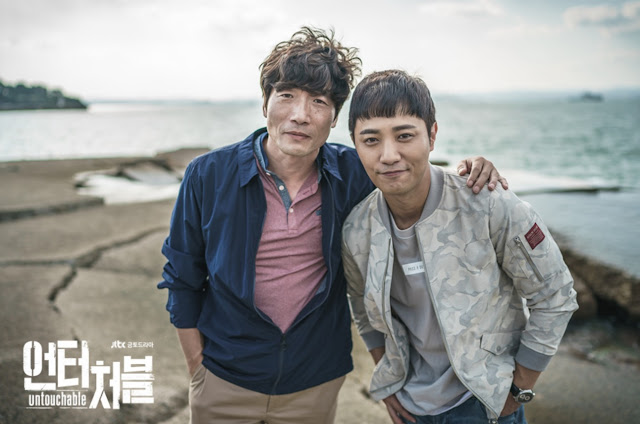 It tries to be a gritty, dark show about the intricate nature of corruption and greed, but the directing and writing feel uninspired. The director uses static shots and even makes fight scenes boring. As for the writer, the characters feel like cardboard cutouts and lack any real motivation or intricate personalities. There's still the slim chance that the show could improve, but these problems seem inherent and impossible to fix within 8 episodes. Will I still watch? Yes. Why, you might ask? Simple: Park Won-sang.


Best "Give her All the Ramen" Character 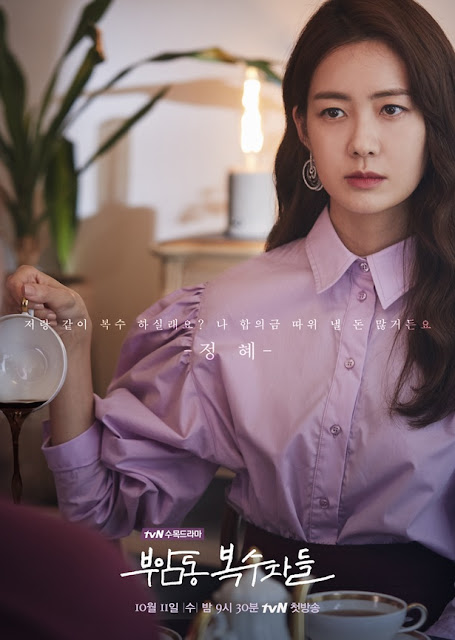 On paper, Jung-hye sounds like a spoiled lady who could easily be an annoying character. However, in reality, she is one of the cutest characters on television. Rather than ignorant, she comes across as innocent, and her behavior never feels malicious. Her love for ramen is strong, and once she opens up her heart (whether it be for seafood ramen or her new badass unnies), Jung-hye will pour out all her affection and attention. She deserves all the ramen her heart wants!


Best "Aw~ You Guys Lurve Each Other" Characters 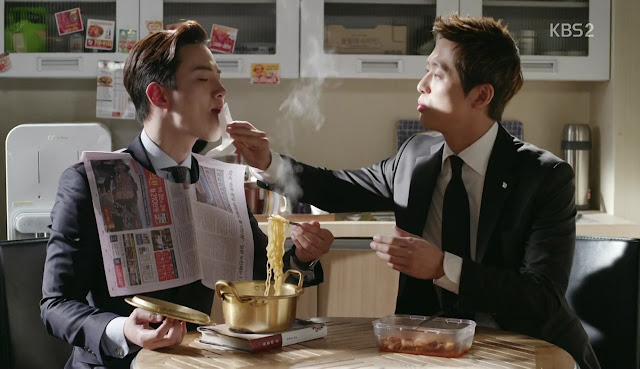 Bromance at its finest. Two men who started off as enemies slowly become begrudging friends though their petty one-upmanship never dies! They were mostly at each other's throats for the majority of the show, but how could I not give them this award because they clearly love each at the end of the show! 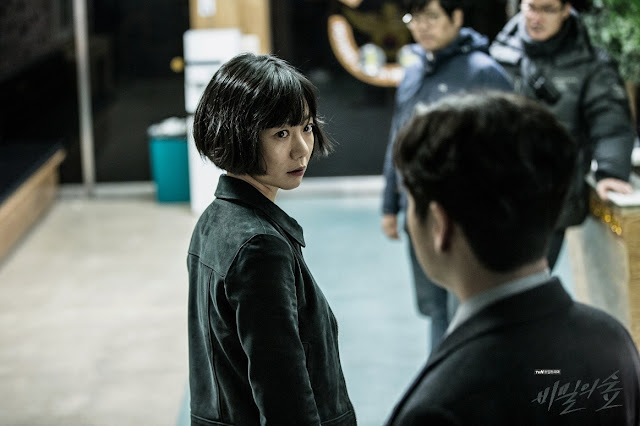 I haven't finished the show, but Bae Doo-na's character is shaping up to be one of the coolest characters of this year. She's a smart cop with a sense of justice, and I absolutely love how strong and kind she is. She jumps walls, finds hidden clues, and chases bad guys like a competent cop. Dramaland needs more awesome female characters like her!


Best "Thanks for Coming Back" Character

Dae Mok (Heo Jun-ho) in Ruler-Master of the Mask 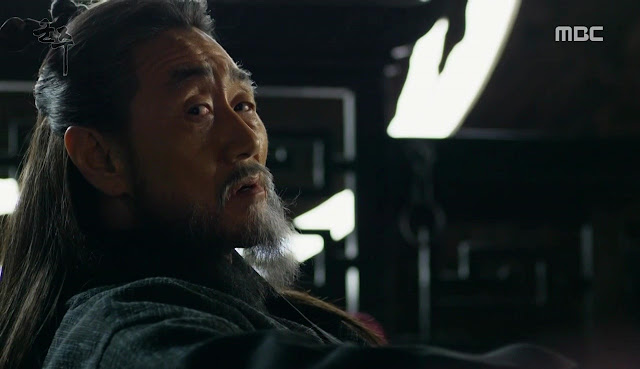 A relatively boring show with a meandering plot that was ultimately more boring than anything else. Still, Dae Mok was a deliciously evil villain with actual strength, craft, and malevolence. He momentarily "left" the main plot, but thank the heavens he came back and took over the role of the main bad guy. He was seriously one of the only interesting characters in this lackluster show, and Heo Jun-ho plays evil and charismatic so well.


Best "You Look Good in that Hat" Character 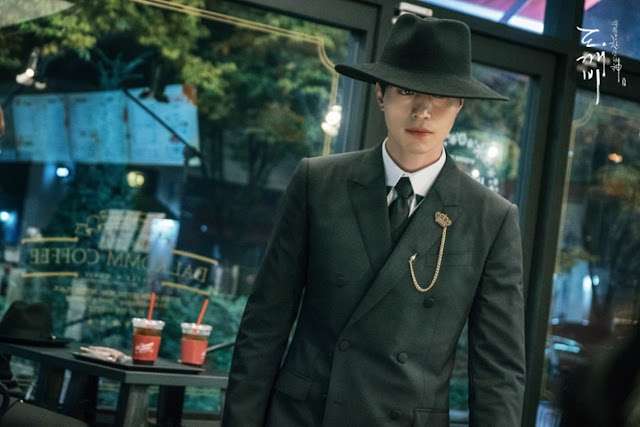 Yes, Goblin/Gong Yoo was beautiful, no question about it. Every time he was on screen, it looked like a commercial or stylistic photoshoot. However, I was simply struck by how ethereal Lee Dong-wook looked when he first appeared on screen as the Reaper. Also, this was the first time I finally understood his appeal, so yes, I agree, he looks hot in that "silly" hat.

Best "Please Give Back my Heart" Actor 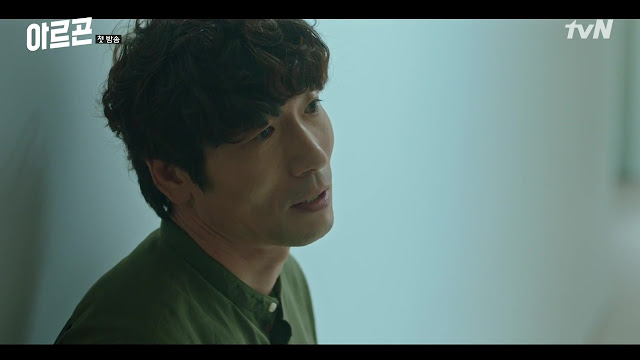 Another brilliant performance by Park Won-sang in a stellar drama. I love Shin Chul, but it's really because of Park Won-sang's portrayal. He plays the dogged reporter with such passion and charm, making it impossible for me to not fall in love with him all over again. Also, the best part of liking "non-mainstream" actors is that I don't have to share. Mine! 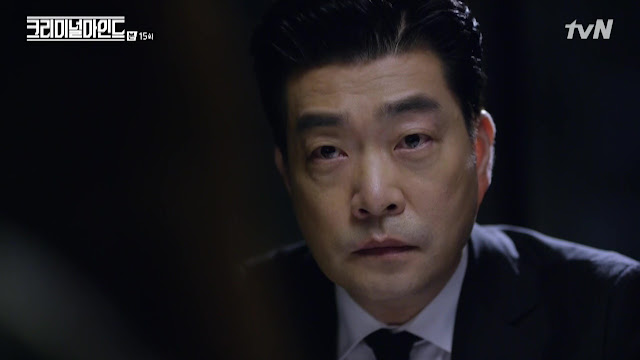 To be honest, everyone in this drama was short-changed, and in fact, Sohn Hyun-joo got the best character out of everyone... so why did I chose him instead of someone else? Simple fact: because he deserves so much better. Hands down, one of the best actors on Korean television, Criminal Minds didn't deserve Sohn Hyun-joo's acting prowess. Even when the writing and directing faltered and disappointed, Sohn Hyun-joo gave an amazing performance and made his character as interesting and layered as possible given the circumstances. From the bottom of my heart, I truly believe this show wasn't worthy of the performance Sohn brought to the show. 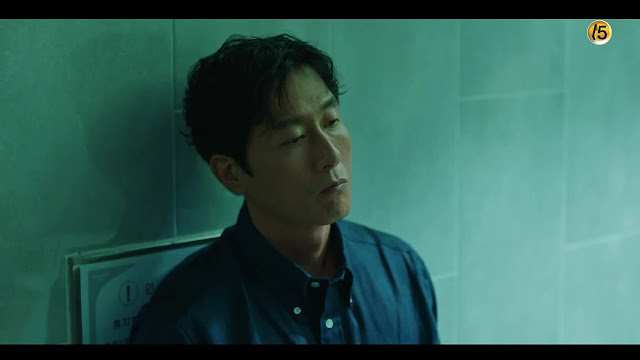 Part of me still can't believe that he's gone. May he rest in peace. I'll miss him.