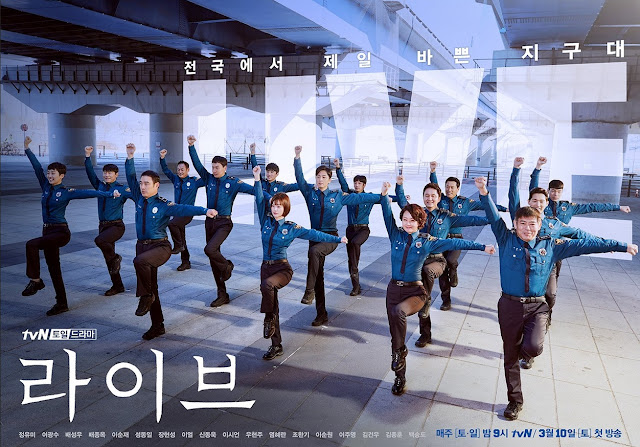 Live is a brilliant drama about people and the workplace. It tells the stories of patrol officers, and explores how individuals make choices in environments not of their own choosing. It humanizes the people behind the uniform but doesn't shy away from criticizing society and the police force. The characters are deeply flawed, and the situations they encounter are unjust. However, Live is never hopeless. The characters continue struggling against the system, and despite the challenges and injustice they face, they don't give up. It's a story of human resilience, a tale of repentance and forgiveness, a journey of finding oneself in this crazy world, but ultimately, it's a drama about people. 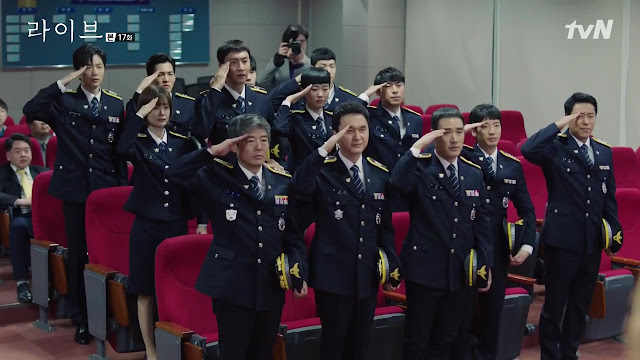 That's the charm of Live. Everyone has their own story, their own woes, their own demons, and their own joys. They make mistakes, fall down, and cry at the hardships they face. At times, it's hard to watch because the emotions are so raw and the situations are too real, but the show challenges you to keep watching. The show isn't afraid to question the current system, raise debates about taboo topics, and force its viewers to sit up instead of watching passively.

The gem of this show is the script. Writer Noh Hee-kyung went to the field and interviewed actual police officers for this show, and her research shines through in her writing. This isn't a sappy story set out to glorify the police and cover up corruption. In fact, it reveals just how broken society and the bureaucracy are, more than any other Korean cop drama. It does the amazing feat of giving names to  nameless faces while revealing larger systemic problems that create a world where those with a sense of duty are trampled on rather than uplifted. A beautiful quote by Sang-su's mother, who works as a part-time custodian, captures the essence of the show: "Even though nobody recognizes it, my work is important." Noh pens another masterpiece, and her critiques of society should resonate with people from all walks of life and corners of the world. 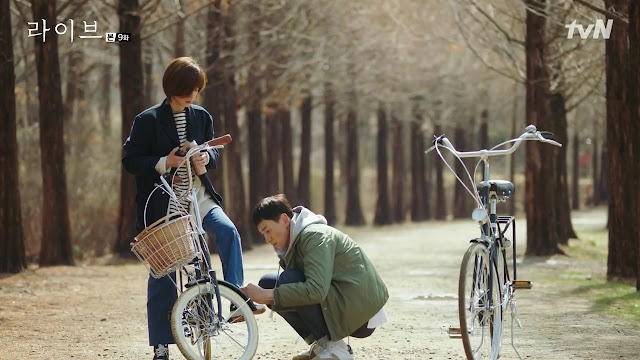 Though the writing was the star of this show, it was only made possible by the directing and wonderful cast. Director Kim Kyu-tae reunites with Noh on her recent project, and the way he captures the actors' emotions are wonderful. The music also adds another dimension to the show, but also knows when to hold back and let silence talk.

The third leg of this brilliant drama was in the strong cast. Lee Kwang-soo brought an amazing performance that shed all prejudices I had of him as an actor, and Jung Yu-mi made Han Jung-oh immensely relatable and appealing. Bae Seong-woo was as reliable as ever, and made Oh Yang-chon a mesmerizing character that only he could have pulled off. Bae Jong-ok proved once again what a master of the craft she is, and Sung Dong-il blew me away with his ability to showcase such breadth and depth in his characters. The amazing thing about the cast was that there was no noticeable weak link, and I could go on and list all the amazing actors. No matter how small or tangential, Noh Hee-kyung made every character count, and the cast delivered. 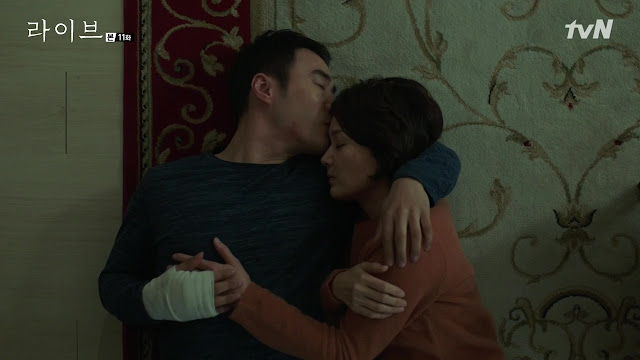 It's been a while since I've felt this way about a show. The excitement of watching a new episode and becoming totally engrossed in fictitious characters' lives. Granted, I didn't watch Live as I do most dramas. When it was first announced, the posters and trailers piqued my interest, especially the relationship between Bae Seong-woo and Bae Jong-ok. However, it was difficult to find time to start, and since I wasn't a diehard fan of any of the cast or crew, I soon forgot about it as it collected dust in the "maybe" pile.

However, I luckily stumbled upon a fan video dedicated to Bae Seong-woo's character Oh Yang-chon, and I was intrigued. I watched clips out of order, and even from those snippets, I realized how amazing this show was. Thus, I watched all the episodes in a couple of days just before the finale, and didn't fully appreciate the waiting and festering associated with live-watching a show. On the other, as a fan of spoilers, watching clips out of order gave me an interesting perspective on the show. It wasn't about the destination, but the journey these characters were on which let me enjoy the story as it unfolded. It also made me pay attention to the little details and parallelisms strewn throughout the show by the writer and director.

Live is a brilliant drama that I wish more people would watch, and as I begin to watch it all over again, I'm confident that it'll amaze me even more the second time around. 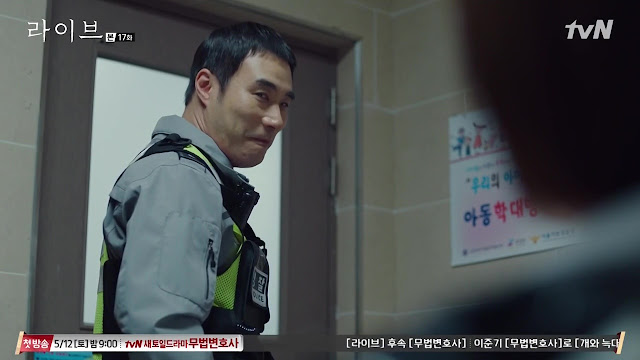